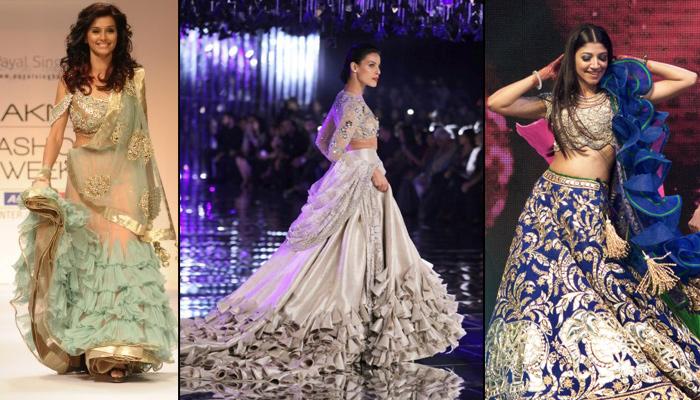 In this all-new year, we are awaiting some of the most prominent fashion twists. The all knew cool generation is set on redefining the modest style options. I the London Modest Fashion week simplicity is going to rock in its ways. The fashion students of Central Saint Martin College in London came up with some of the best new designs of the season. Fashion News has it that Indian film stars have set up quite a fashion statement in their recent film launch ceremonies. Let’s see what your favourite stars wore at an event.

From Kuch Kuch Hota Hai to Talaash, actress Rani Mukherjee has always proved her metal. This Bollywood queen is no less in creating a fashions statement of her own. Recently Rani Mukherjee was seen wearing a Red Valentino Dress to a song launch party for her upcoming movie Hichki. The start of her own time Sridevi can never be forgotten by us. Someone who was so peppy that her acting could leave us smiling for hours. With her good looks and fantastic acting style Sridevi has always won our hearts. She was seen stepping out of her house in a beautiful Manish Malhotra outfit with a heavily embellished pallu, yet an exquisite piece.

The Saree seemed to be perfect for a sangeet like occasion. It was a cherry red saree with an organza salmon touch. Our Bollywood industry has given us many excellent film stars. Some were the first ones from their generation and others who followed the footsteps of their parents. Recently Khushi Kapoor the younger daughter of famous Bollywood actress Sridevi reportedly created a buzz amongst the audience when she walked out in a full white colour Manish Malhotra lehenga. NextGen Bollywood divas are all set to follow the footsteps of their Bollywood parents.

Recently the Guild awards got concluded where Sally Field showed us some old school costumes that were in fashion in the early cinema times. Sally carried a small tote which had the dresses. She took out one of them which was a pink sweater worn by Forest Gump character Mrs Gump in one of the scenes. The Guild awards was a total rock as all the Hollywood celebrities walked the red carpet leaving us in awe of their beautiful and expensive fashionable attires. In the London Fashion Week, our own Queen the Elizabeth II marked her presence.

The queen is known for her excellent style sense even at this age. Her visit to the fashion week made big news this season. She also presented the award on the final day of the fashion week. Talking about the ordinary people of our country, we all know Holi is near, and we all are pretty excited about the festival of colours. This Holi the fashion is going to be subtle yet very peppy. Some traditional fashion tips are to wear all colourful dresses with blurry patterns. A comfortable daytime dress that has vivid design pattern would be a plus point this season in Holi.