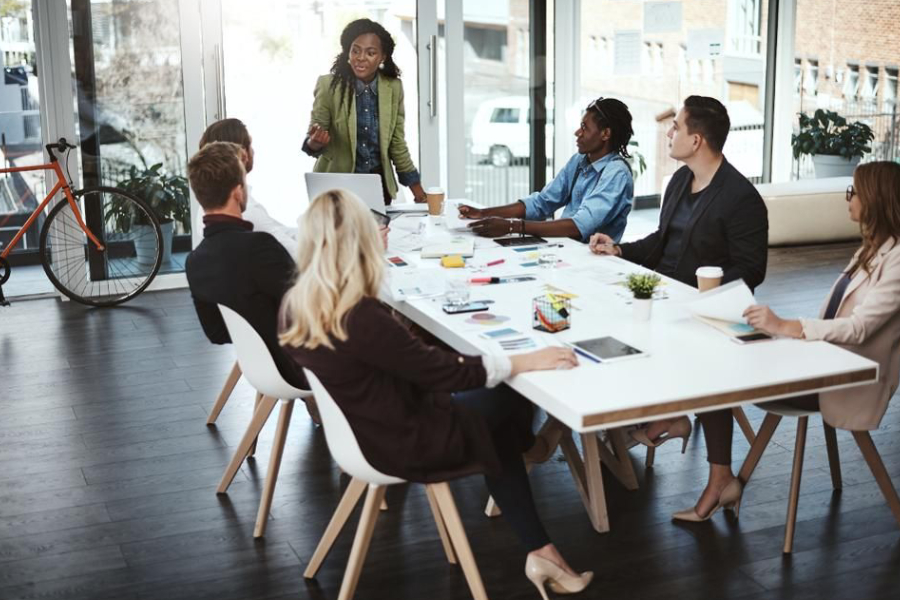 The Embody story began in the design studio of Jeff Weber and the late Bill Stumpf. They had an idea: ‘What if a design could go beyond just minimizing the negative effects of sitting? What if we designed a chair that positively impacts your life so you can work and live better?” Stumpf, designer or co-designer of Herman Miller’s Aeron, Equa, and Ergon work chairs, came to Herman Miller with the idea and said, “I think I have one more in me.” Stumpf passed away in 2006. Working closely with a cross-functional team from Herman Miller, Weber carried on. As Embody’s designer, Weber gave the chair its function and form, building on Stumpf’s inspiration. Their idea arose out of their approach to design. “You can’t design without empathy,” says Weber, who also designed Herman Miller’s Caper chair. “Since design has become more technology based, we’ve had to sit in our chairs in front of computers for longer periods of time–just like everyone else. We identify with the problems people have as a result of sitting, and we identify with their need to produce ideas.”

Throughout the development of Embody, over 30 professionals contributed a range of expertise. Physicians and PhDs in the fields of biomechanics, vision, physical therapy, and ergonomics helped test hypotheses, review prototypes, and conduct studies that helped guide the development of the first health-positive chair. In the earliest discussions with the experts, three hypotheses were tested on them:Office worker well-being and health can be health-positive or therapeutic, not merely health-neutral.Dynamic surface pressure on a chair and back will provide more comfort, liveliness, and health-positive benefits than non-dynamic surface pressure.Work chairs can allow us to naturally achieve postural equilibrium (the upright balance point when our eyes are vertically aligned with our hips), no matter what our spinal curvature. Expert input on these hypothesis fueled Weber and Stumpf’s early thinking about the chair and formed the basis of experiments designed to establish if such a chair was possible. Prototypes followed, with experts sitting in them and offering appraisals of what was good and what wasn’t.

Researchers conducted laboratory experiments involving kinematics, preferred postures, pressure distribution, seated tasks, and metabolics. These guided the development of Embody and confirmed its health-positive benefits, Can you believe it? The chairs even have stories. I was talking with a friend of mine about storytelling, and he said that that kind of storytelling doesn’t work for smaller businesses. So, I asked him, “what makes Herman Miller any different from other furniture manufacturers, especially when they started out?” Herman Miller is based in Western Michigan, not LA or other huge cities. They just get it. They believe in superior design, they believe in doing their research to find out what the end user wants, they believe in storytelling, and they believe in their people. Many times what makes us unique and what helps us create amazing companies, is just as much about what we put around our business as it is what we put into them.