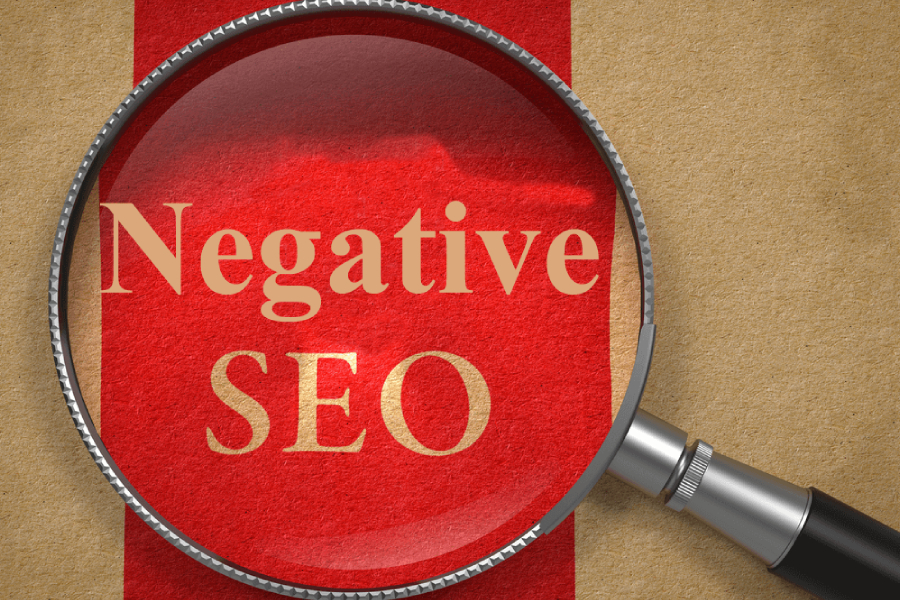 Negative Search Engine Optimization On The Rise When you look at the trends for search engine optimization, especially when searching for the keywords “SEO 2015? in one of the major search engines like Google, Bing or Yahoo, you will see more and more articles related to negative SEO. What exactly is negative in terms of search engine optimization? That’s a good question, and the answer may shock you. The weird thing about this is that many organizations are starting to jump into this, because it’s effective, at least for a short time. The secret nature of search engines and their algorithms has led many people to start trying to “game” the system, and this latest form is proving to be not only controversial, but also effective. Here are a few things that you should know about this issue. Flat Out Lies First and foremost, the majority of the negative SEO options are usually lies, these are the easy ones to spot. Company A will use marketing collateral that call out their competition in a negative light. Or they may use disinformation to confuse customers and clients. For instance, let’s say a skate shop wants to rank number one in their niche.

They can’t because another company has good marketing and has been around for some time. Instead of competing with them straight on, they’ll go on a campaign of putting up negative keywords, anti-competition articles, reviews and more. By diminishing the credibility of the competitor, skate shop “A” will get to a higher authority module of search engine. These are usually lies. It’s an attack on reputation, but it seems effective in many niches. These are just a few of the many examples of negative SEO that can harm or damage a company. Some are pretty blatant and some can be very difficult to find. That’s when you would need to seek the help of a professional, someone who is well-versed in google analytics. The Long Term Failure Even though negativity can get short term success, search engines are catching on.

That means that if you’re caught posting negative SEO elements, or if your company is tied to campaigns that are based on lies, SERP (search engine rankings page) listings will get dumped out. That means that if you’re company “A” as mentioned above, you’ll be dead last in the rankings if listed at all. There have been some companies that went on negative reputation campaigns, only to get completely thrown out of search engine listings. That’s known as “banned for life” and it does happen. A Better Option Not every business today is meant to compete with the largest companies in the world. If you’re starting a bookstore, for instance, you’re not competing against Amazon.com straight up. You can’t.

To offset that, you’ll need to look into what is known as “White Hat” SEO. Focus on local community, and niche competitive phrases so that when people in your area look for “books”, they find you and patronize your business. Simply put, you don’t want to go with any of the negative SEO options. Stick with what works, and don’t try to “game” the system right now. The long term optimization cycle will give you a leg up in nearly any niche. Also, if you find there is a negative search engine optimization campaign being run against your company and you can definitively identify the culprit, report that company to Google or the other big name search engines. And just remember, the best defense is a good offense, so make sure to keep your positive search engine optimization campaigns strong.